The Portrait of Dora Maar or Buste De Femme 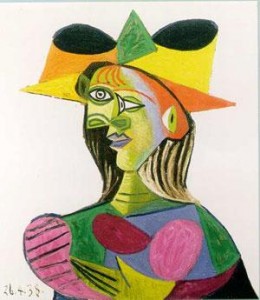 Value at Time of Theft: £4 million

Pablo Picasso was probably the most famous artist of the 20th century.  Throughout his life he worked in almost every medium, including painting, sculpture, printmaking, ceramics, and even stage design. The result is an enormous body of work.

From 1900 to 1905 he lived in extreme poverty, actually burning many of his works to keep warm. But during those five years, he became a favorite of Leo and Gertrude Stein, who were famous American collectors.  By 1907, he had gallery representation and was able to support himself with his art.

The constant flux of Picasso’s artistic career was reflected in his personal life.  His first marriage in 1918 was to Olga Khokhlova, and though they legally separated in 1927, they never divorced.  Rather than give up part of his fortune to Olga he ended up waiting for her to pass away in 1955.  In 1961, he married Jacqueline Roque and remained married until his death in 1973.  The women that came in and out of Picasso’s life were often a source of creative inspiration. In 1963, Picasso painted 160 portraits of his wife. He ended up marrying twice, having four children with three different women, and countless affairs.

The Portrait of Dora Maar, also called The Buste de Femme, is painted in the style that is associated with his mature work — bright colors, visible brush strokes and abstraction of the human figure in the cubist manner.  The painting depicts Dora Maar, Picasso’s mistress, in a loving and delicate manner; the brush strokes on the face are finer and more considered. It is obvious that Picasso admired her.

The portrait came from Picasso’s private collection, which meant that Picasso kept it for himself. As such, he dated the portrait but there is no signature.  It was purchased in a private sale from the Pace Art Gallery in New York for 4 million pounds.  It remained in that private collection until it was stolen.

Since the beginning of the 20th century, the harbor at Antibes on the French Riviera has been a playground for the rich and famous; and for the past 50 years it has been home to some of the world’s most luxurious private yachts.  In March of 1999, a wealthy Saudi Arabian brought his yacht into the harbor to be refurbished.

The portrait usually hung in the ship’s main living room, which had a sophisticated alarm system.  Since the walls of the room were about to be repainted, the subcontractor had the portrait moved to a different room. The new room was under lock and key, but lacked an alarm system.  The last person to see the portrait was the packing expert who came to pack up the entire collection.  On the 6th of March he wrapped up the painting and left it, unprotected, on the floor of the cabin along with an alarm-protected Matisse.

On March 11th, when he came to collect the works for storage, the Picasso had been stolen, but the Matisse was left, unharmed.  Coincidentally, the video surveillance system on the dock had been out of service for three months.  The police feel it was a “theft-to-order” for another private collector. 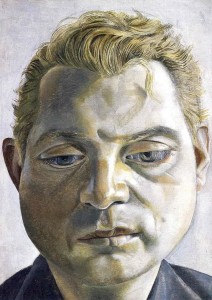